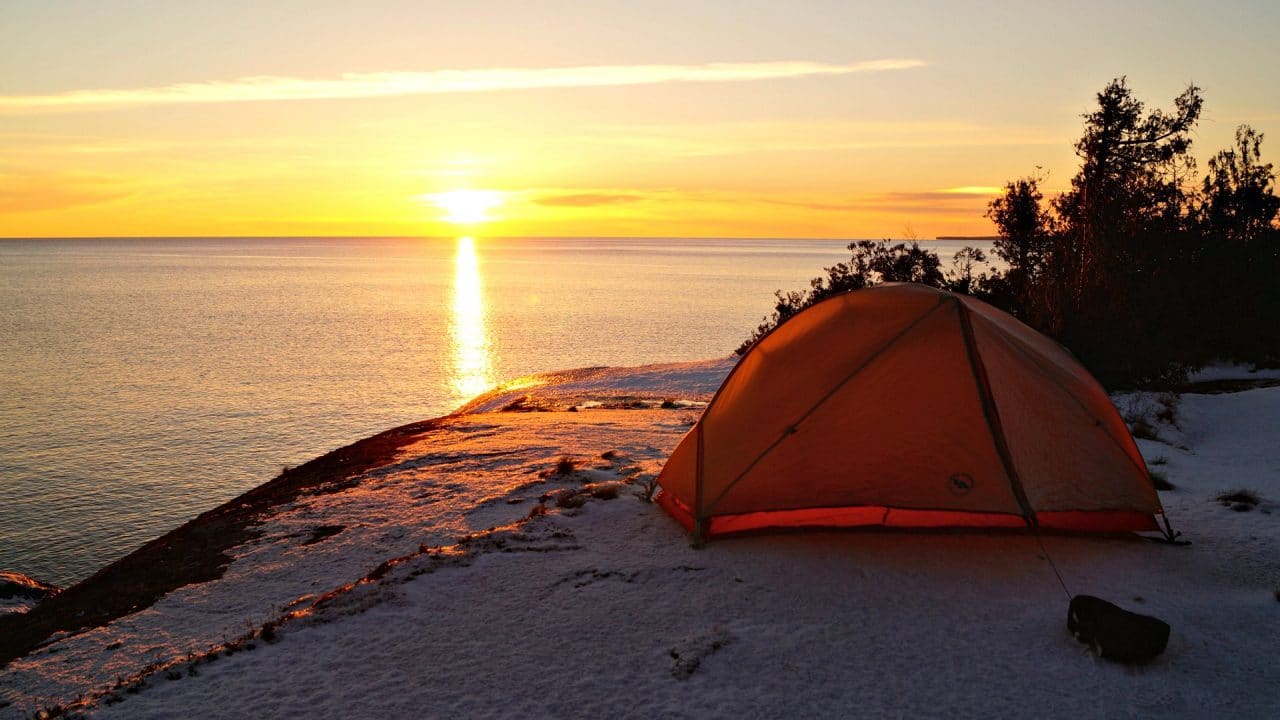 Canada boasts some of the most beautiful and unspoiled parks in the world. While many are centered around the Great Lakes, still others take advantage of the isolated nature of much of the country and offer spectacular views, sightings of wildlife and the opportunity to enjoy some of the best fishing, canoeing and kayaking on earth!

Within the 7,653 square kilometers, Algonquin Provincial Park boasts more than 1,200 kilometers of rivers and streams as well as over 2,400 lakes. The interior of the park, with its maple hills, deciduous forests, rocky ridges and coniferous forests, is accessible only by foot or canoe. Historic buildings within its borders include the Logging Museum, Visitor Centre and Art Centre. The “Public Wolf Howl,” a program that’s been offered by park staff for more than 50 years, offers a fascinating look at wolf ecology and invites participants to howl for wolves.

Straddling the La Cloche range with its rounded hills of white quartzite and the blue waters of George Lake, Killarney Provincial Park contains only a handful of amenities for visitors: canoe routes, hiking trails and a single campground with a few yurts. Instead, the main focus of this park is its nearly-pristine natural setting and its diverse animal and plant life. Killarney Provincial Park has been the site of a public observatory since 2010. The Royal Astronomical Society of Canada designated the park as a Dark-Sky Preserve in recognition of its restrictions on artificial light pollution.

Quetico Provincial Park enacted strict regulations and ecologically-conscious recommendations in an effort to protect the wildlife and plant life that thrive there. Beaverhouse Lake and Keats Lake are just two bodies of the more than 2,000 lakes that populate the park. Marked by its rugged and untouched beauty, Quetico Provincial Park features a family-friendly campground, thundering waterfalls, soaring rock cliffs and a picturesque setting for canoeing and other non-motorized boats.

Few other parks in the country provide the diversity in scenery that Lake Superior Provincial Park can offers its visitors. The coast of Lake Superior provides access to hidden beaches and cliffs while inland lakes, waterfalls and river valleys can be enjoyed within the interior of the park. The Agawa Rock pictographs can be reached on foot four months out of the year when Lake Superior is calm.

Bon Echo Provincial Park is dominated by Mazinaw Rock which towers 100 meters above Mazinaw Lake. Comprised of both black dykes and granite, Mazinaw Rock contains more than 260 pictographs and offers picturesque viewing from designated spots along its top. A number of trails — from those that are strenuous to others that are less so — dot the park. Bon Echo Provincial Park is also home to several isolated lakes that are cold, clear and almost completely devoid of plant and marine life.

Populated by a mixed forest that signals the border between north and south, Grundy Lake Provincial Park provides the ideal mix of activities to meet the interests, stamina and activity of nearly everyone from toddlers to seniors. An almost unlimited number of inland lakes offer ample opportunities to kayak and canoe with some canoe-in campsites available as well. Car and RV camping are also available for those with small children or who prefer a glamping experience that offers stunning views and access to nature. Hiking and biking trails for all fitness levels and sandy beaches with smooth rocks beckon nearby residents and visitors to the area alike.

Stretching across more than six square kilometers, Sandbanks Provincial Park is notable for several unique reasons. Not only is it prized for its stunning sand dunes, but this park is also home to the largest fresh water dune and sand bar system in the world. A popular spot for recreational activities that take place in designated areas, the park has a pet zone as well as one devoted to naturalists. During the summer, more than 750,000 people visit the park with visitors having to wait over two hours in order to get in the gate. Beat the summer crowds by visiting in May, June or after Labour Day. If a summer visit is a must, arrive on a Tuesday, Wednesday or Thursday instead of waiting until the weekend.

The second-largest park in southern Ontario only after Algonquin, Kawartha Highlands Provincial Park offers more than 100 backcountry campsites and maintains a radio-free camping zone throughout the park. These campsites are reachable only by canoe and reflect the unspoiled nature of the park. Visitors can also enjoy shorter hikes, fishing, birdwatching and other nature-based activities in this largely-undeveloped park.

Petroglyphs Provincial Park offers visitors a unique opportunity to enjoy the country’s largest concentration of indigenous rock carvings. It is considered to be a sacred site and is known as “The Teaching Rocks.” The educational focus continues when visitors head to the Learning Place Visitor Centre where they can discover and delve into the traditions and culture of the Ojibway (Nishnaabe) people. This park is also the site of McGinnis Lake whose blue green coloring gives its secret away as a meromictic lake whose water layers don’t mix.

Visitors to Silent Lake Provincial Park will indeed find their time within its borders silent because there are no electric motors or motor boats allowed. Able to be enjoyed year round, this park features two sandy beaches, over 40 kilometers of groomed cross-country ski trails and more than 19 kilometers of mountain biking and hiking trails. Both of the park’s campsites are situated within forested areas with some campsites being walkin for those camping enthusiasts who are adventurous as well. Visitors to Silent Lake Provincial Park shouldn’t miss the lookout point that provides them with stunning views.

Pinery Provincial Park is sprawled across 25.32 square kilometers and features 10 kilometers of sandy beach on Lake Huron’s shores. Within its borders are contained two of the rarest and most fragile ecosystems: the coastal dune ecosystem and the oak savanna ecosystem. Together, they provide a home to more than 300 species of birds and over 800 vascular plants. Offering a year-round outdoor recreational experience, Pinery Provincial Park boasts 38 kilometers of ski trails, a bike trail that is 14 kilometers long and 10 walking trails. In addition to sunsets so stunning that National Geographic rated them as one of the “Top 10 Best in the World,” this park also boasts 21 square kilometers of rolling dunes and unusual forests.

This recreational park features a nearly three kilometer-long hiking trail as well as kayak, paddle boat and canoe rentals. During the summer months, visitors can enjoy the Bass Lake sandy beach while the winter months invite them to tackle the four kilometer-long cross-country ski trail. One of the most remarkable features of this park is its close proximity to modern conveniences such as convenience stores, gas stations and restaurants while still providing residents with easy access to nature’s beauty. The park is also the site of four campgrounds — each of which has access to washrooms with three out of the four also having a shower building on-site.

A true year-round setting, Awenda Provincial Park boasts more than 29 square kilometers of protected land along the Georgian Bay. During the warmers months, visitors can enjoy boating on Georgian Bay as well as canoeing and kayaking on motorboat free Kettle’s Lake. During the winter, a backcountry experience can be had by visitors who want to ski, hike and/or snowshoe. This adventure is highlighted by the 17 kilometers of ski trails that wind their way through the park though users should be prepared to blaze their own trail if necessary.

Situated along Lake Huron, Inverhuron Provincial Park is renowned for its network of dunes, breathtaking sunsets and sandy beach. The park’s diverse habitat — which includes both a young hardwood forest and a wetland — provides the ideal environment for rare plants as well as a number of different types of woodland birds and animals. Hiking and biking take place along a shared trail while the shallow and clear waters along the one-kilometer long beach invite visitors to swim.

Home of Ontario’s second-oldest lighthouse still in operation, Presq’ile Provincial Park also features a 2.5-kilometer long sandy beach, a one-kilometer long boardwalk trail through Lake Ontario’s largest marsh along its north shore and more than 300 car camping sites. Birdwatchers will enjoy the migration of waterfowl in March and shorebirds and warblers in May. So far, more than 338 species of birds have been recorded within the park’s borders.

Part of the largest freshwater archipelago in the world, Killbear Provincial Park offers visitors a unique combination of the sandy beaches that the Great Lakes are famous for and the rocky shoreline and pines that are indicative of the Canadian Shield. Situated on the Georgian Bay, this park provides an excellent opportunity for visitors to windsurf, sail or just drink in the beauty of the sunset over the water’s edge. Six kilometers of recreational trails provide an excellent way to explore the interior of the park on foot or while biking. There are a total of seven campgrounds that offer car camping with most sites providing access to the shoreline just a five-minute walk away.

Encompassing most of the French River shoreline, the provincial park that bears its name covers an area of more than 517 square kilometers. A historic and nationally important river, the French River was the country’s first Canadian Heritage River. Visitors can canoe along a 105-kilometer long route that spans from Georgian Bay to Lake Niipissing and encounter gorges, rapids and lakes along the way. Campsites along the route allow visitors to relax, photograph the wilderness surrounding them, fish or swim. Birdwatching is a popular past time with numerous species making French River Provincial Park their home year-round.

Sleeping Giant Provincial Park provides the opportunity to hike along its more than 100 kilometers of trails during the day and at night. Depending on which trail is chosen, visitors can enjoy such diverse sites as remote streams and lakes within the park’s interior, past towering cliffs on the way to stunning views offered atop the Giant Trail and more. Another notable trail is the Sea Lion Trail that branches off one-half kilometer from Kabeyun Trail. It leads to a stone formation called the Sea Lion whose origins are explained via interpretive signs that are on-site.

Wabakimi Provincial Park, Ontario’s second-largest park, spans more than 8,900 square kilometers. This park is also home to one of the largest boreal forests in the world and contains a network of interconnected rivers and lakes. This remote park is known for its diverse wildlife and opportunities for sport fishing. More than 500 backcountry campsites that are both primitive and remote are sprinkled throughout the park.

One of the most stunning features found in Neys Provincial Park — the setting of a number of such amenities — is the rounded magma rock that is exposed along Lake Superior. Shallow pools of water sometimes form in between these rocks and provide an interesting place to splash around. Visitors can also head to the park’s sandy beach, considered to be the best on the lake’s north shore. Several hiking trails with different levels of difficult crisscross the park.

The only negative thing of note about the above list is which park to visit first. Whether you’re looking for a popular beach where you can cool off, you want to forge your own backcountry ski path or you want to get back to nature by hiking through trails and camping in a primitive campsite, you’ll find it in Canada’s provincial parks! 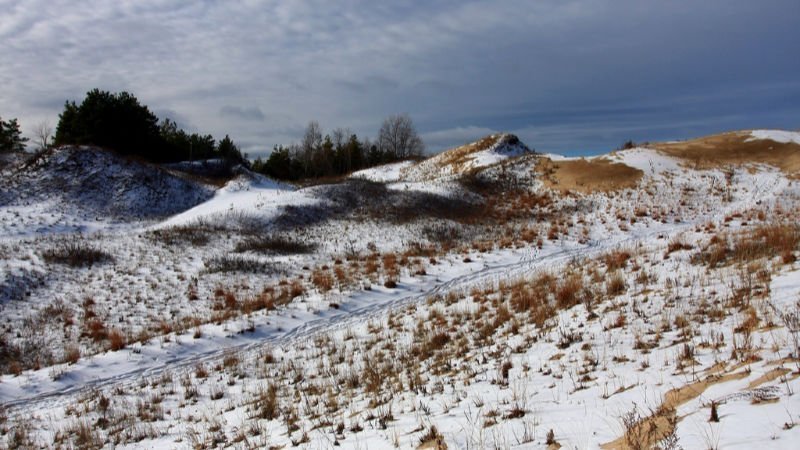 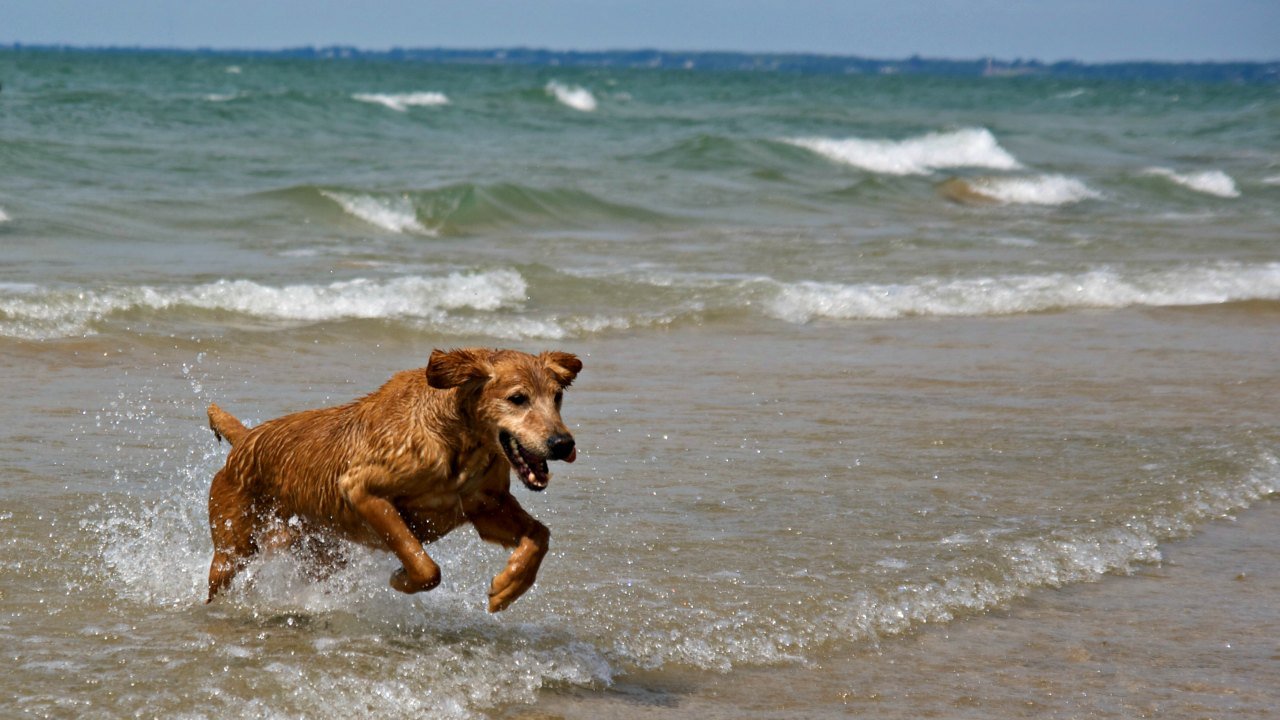